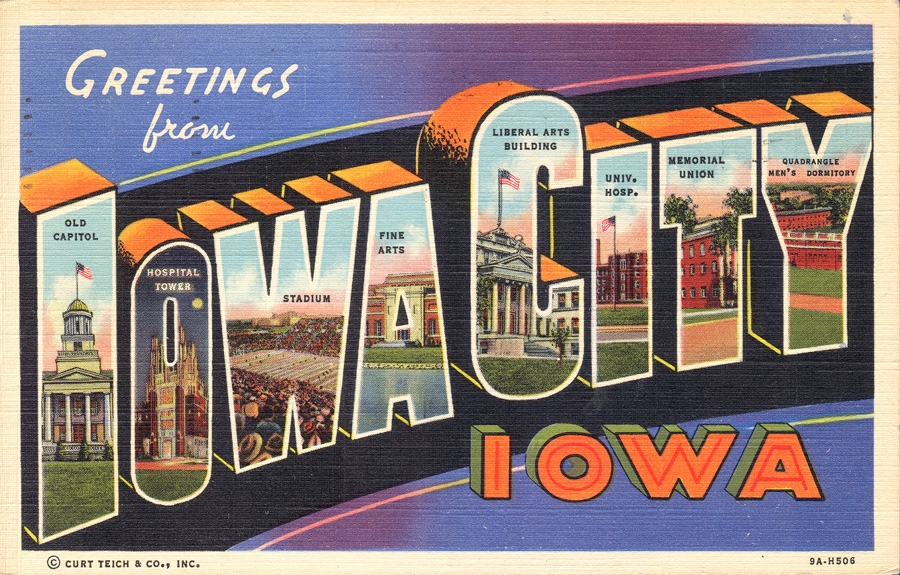 While Iowa City was the capital of Iowa for only sixteen years, from 1841 until 1857, it has had a storied history populated by pioneering personalities and achievements. In 1855, the newly-founded University of Iowa became the first public university in the United States to admit men and women on an equal basis. In 1868, the University became home to the first law school west of the Mississippi, which graduated the first woman and the first African American to earn law degrees in the United States (in 1873 and 1879, respectively). 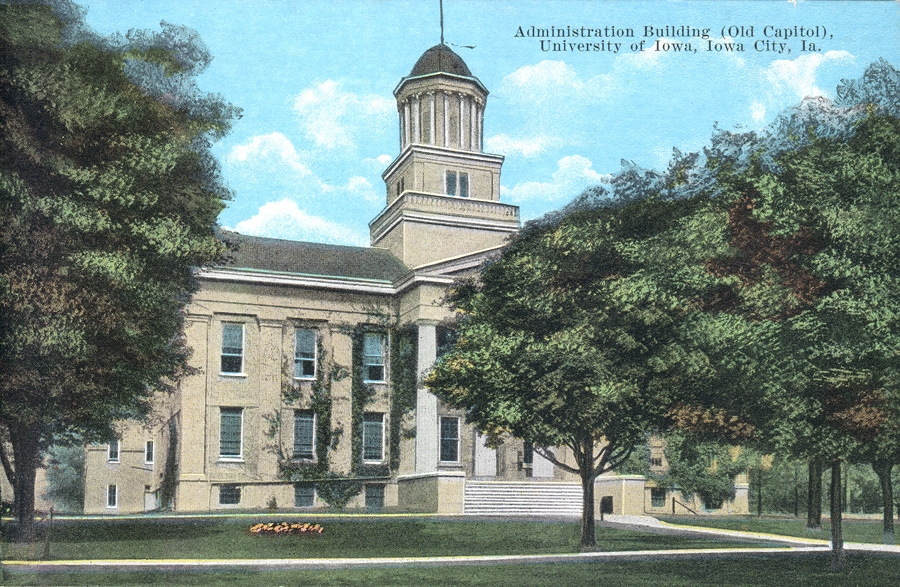 Iowa City’s nineteenth-century milestones weren’t limited to the University campus. In January of 1856, Iowa City became the first terminus of the first railroad in Iowa: a railroad connected to the rest of the United States via the first rail bridge over the Mississippi River. In 1859, John Brown, the famed abolitionist, escorted eleven escaped slaves and one infant through Iowa City, which was a stop on the Underground Railroad.

Fast-forward several decades, and the people of Iowa City and the University of Iowa are still pioneering in “novel” ways (it’ll be funny in a second). In 1936, the University founded the Iowa Writers’ Workshop (see?), becoming the first academic institution in the United States to award degrees in creative writing. The Writers’ Workshop has included such illustrious faculty as John Irving, Kurt Vonnegut, Jr., and Paul Engle. The program has also graduated a very long list of award-winning personalities, including Flannery O’Conner, Jane Smiley, and Robert Bly. Seventy years later, this literary history was a big part of Iowa City’s successful application to become the first UNESCO City of Literature in North America.

We’re looking forward to having you join us in Iowa City and adding your voice to our story.